The Cracked Foundation and the Sledge Hammer: How to fix a broken marriage

As I have grown to understand the Patriarchal Order and how it relates to the repair of damaged relationships, another story comes to mind. This is a story about what to expect and how to proceed when a man’s weaknesses have scared a woman.

If a couple is trying to implement the principles of the Patriarchal Order into the marriage and family, the man can be compared to the foundation of a home, and the woman to the building of the home and it’s interior.

A few years go by, and one day, the foundation cracks and breaks, significantly, under the corner of the house where the baby’s room is on the second floor.  The shift is so bad, the baby’s room almost crumbles to the ground, almost seriously injuring the child if not worse.

As one might expect, the woman is traumatized with fear!  She is devastated that the home she has worked so hard to build has been ruined,
and the threat on the baby’s life!!!  She cannot live in that house anymore.

He might even get defensive at first, “If you and your home weren’t such a burden, I would not have cracked.”

Hopefully, he quickly apologizes for that statement and gets back to taking responsibility.  But he has the same question she does, “How did this happen!?”

When my wife and I first decided to have our own home built, it was very exciting, and a very new experience for me.  I had never seen a home built from an empty lot.  The day finally came where they broke ground.  We would go over to the site almost every day and take pictures.

First they dug the hole.  Next they laid a layer of gravel in the bottom. The third day confused me.  As I looked down into the gravel-lined hole, I was surprised to find these big, rectangle shaped blocks of cement!  My first thought was, “That is weird.  Why didn’t they pour the floor in one smooth layer?  Why did they separate it into scattered chunks?  That could make the floor uneven.”

I had never heard of “footings” before.  Someone with a lot more experience in the building of buildings explained to me that a flat piece of cement, known as the foundation, would not be strong enough to hold the weight of a home after it has been built.  The footings are much thicker and much stronger than the foundation, and although you cannot see them after the home is built, they are vital to the stability and integrity of the home.

I was just starting my work as a marriage and relationship therapist at the time this home was built, and the comparison lent itself to a beautiful analogy for building healthy and strong relationships.

The footings are concepts and entities that are stronger than the man on which he can build his foundation so it will never crack.  The footings are the Father, the Son, the Holy Ghost, the Atonement, the Gospel and the Words of the Prophets.

If a man will build his foundation on these footings, and maintain his connection with them, he will have the strength to bear the weight of a woman, their children and their home.

If the scary cracking of the foundation has already occurred, here is how, ideally, things will proceed in order for the miracle of bringing this family back together will occur. The man will need to withdraw a bit from the relationship and start with learning more about the different elements of the footings.  Next he will have to carefully prepare a new location and carefully place the footings in all the right locations, and then carefully pour the foundation over the top of the footings.  Then the most difficult step, inviting the
woman to come take a look at his new foundation and see if she is willing to try building a home with him again.

Now, gentlemen, imagine you are the home builder.  And after investing a very large amount of time and money in building a home, the foundation cracked and your home fell apart.  He who built your original foundation says, “Sorry, let me build you another one.”  How do you respond?

“No problem.  Looking forward to it.”  Probably not.

There more logical, and the more common response I get from the women I work with is, “How am I ever supposed to trust him again?!”

Men are often confused why apologies and promises are not enough.  If your home collapsed like the one in this story, what would it take for you to trust the foundation builder?

Most men would say, “There is no way I would give that builder a second chance.  Too big of a risk.  Plenty of other builders out there I could work with.”

I hope, gentlemen, that after hearing yourself think this, you would understand why women really struggle with giving the man a second chance.  I also hope you will experience extreme gratitude and humility if you are given a second chance. You see, about every woman I have ever worked with seems to have an insatiable desire to keep her family together.  They will try again and again beyond all logic.

Here is what I would expect if a man is able to convince a woman to take a close look at his new foundation.

She arrives at the new location, and slowly walks toward the new foundation with her hands hidden behind her back.  He encourages her to walk out on the foundation and take a closer look.  She tentatively walks around, looking closely, then all of a sudden, she swings out a sledge hammer and starts pounding on the foundation!

Why would she do that?!  In the back of her mind she is thinking, if this foundation can’t survive a sledgehammer, then it will definitely not be able to survive the weight of a home and a family.

There are two responses the man can have in this situation.  If he fears that his foundation is not strong enough, he will panic.

He will go into Fight, Flight, or Freeze mode.

But if he has full confidence in the work he has done to connect his foundation to eternally strong footings, then he can respond as did one of my clients who works in the home construction industry after hearing this story, “Let ‘er rip!”

He has no fear.  He understands why she is testing his foundation.  He has compassion for her fear and her pain.  He will patiently wait until she is satisfied.

An important note is that the woman will be equally surprised.

Women do not plan to take a hammer to the new foundation.  When I hear women describing the experience they will say things like, “I don’t know why I am being so mean to him.  I can tell he is trying to fix things.  But sometimes, out of the blue, I will just lay into him.  It is often after he has done many things right.  What is wrong with me?”

Teaching them this story and it’s principles has helped many couples get through this phase of repair.  I hope is helps you in your situation.

This parable is part of the book I’m Not Okay, You’re Not Okay, and That’s Okay. For a free ebook, CLICK HERE. 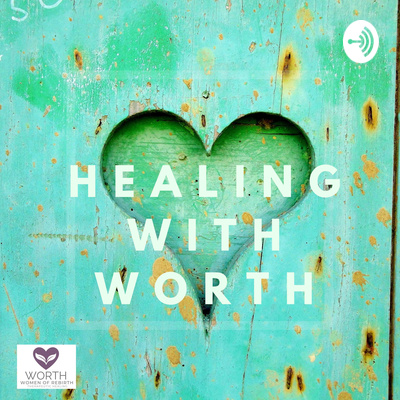 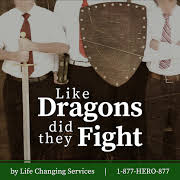